The dictionary defines responsibility as, “Involving personal accountability or ability to act without guidance or superior authority.” A person is regarded as responsible when he or she can make moral or rational decisions independently and, therefore, able to answer for his or her own behavior. The concept and principle of responsibility is recognized, mentioned, and discussed on almost all the pages of the Bible. In the Old Testament as well as the New Testament, we find lessons, stories, and parables about the concept of responsibility.

Every one of us has a purpose, a purpose we were born with. As Christians, our purpose may look different from person to person, but the overall theme is worshipping and praising God. We all have gifts God bestowed upon us.

Matthew 25:14-30 English Standard Version (ESV)
‘For it will be like a man going on a journey, who called his servants and entrusted to them his property [. . .]’  The first two were given their measure; they made proper use of it. It multiplied. However, the third man did not do anything productive with his share. Upon returning from journey, the man congratulated the first two. He had this to say to the third one; ‘[…] You wicked and slothful servant! You knew that I reap where I have not sown and gather where I scattered no seed?  Then you ought to have invested my money with the bankers, and at my coming I should have received what was my own with interest.  So, take the talent from him and give it to him who has the ten talents […]’

The man given the least ended up losing what little he had because of fear.

At first glance the gifts that were given to the different individuals do not seem fair at all. One started with almost twice as much as the other - but it demonstrates how each and every person’s gifts differ from the person next to them.

There are people who choose to remain idle and unproductive. They claim that there are no jobs or opportunities left in the world. Many young adults in different societies have fallen prey to this way of thinking. The same people who voice the notion of having nothing to do are the same ones who find money to own smart phones. The phones that almost always have data (which they would have paid for) or with Wi-Fi. Just like the foolish man in the parable of the talents, they choose to sit on the resources they have. They spend their time and money on useless sites that do not benefit them at all. Just like any form of technology, the phones and the internet are there to improve lives and make living less stressful. A lot can be achieved in just a short space of time. Let the parable of the talents remind us not to squander our talents; how little or great they may be.

Discussion: What does it mean to be responsible as a Christian young adult? How can we remain responsible for the talents we’ve been given? 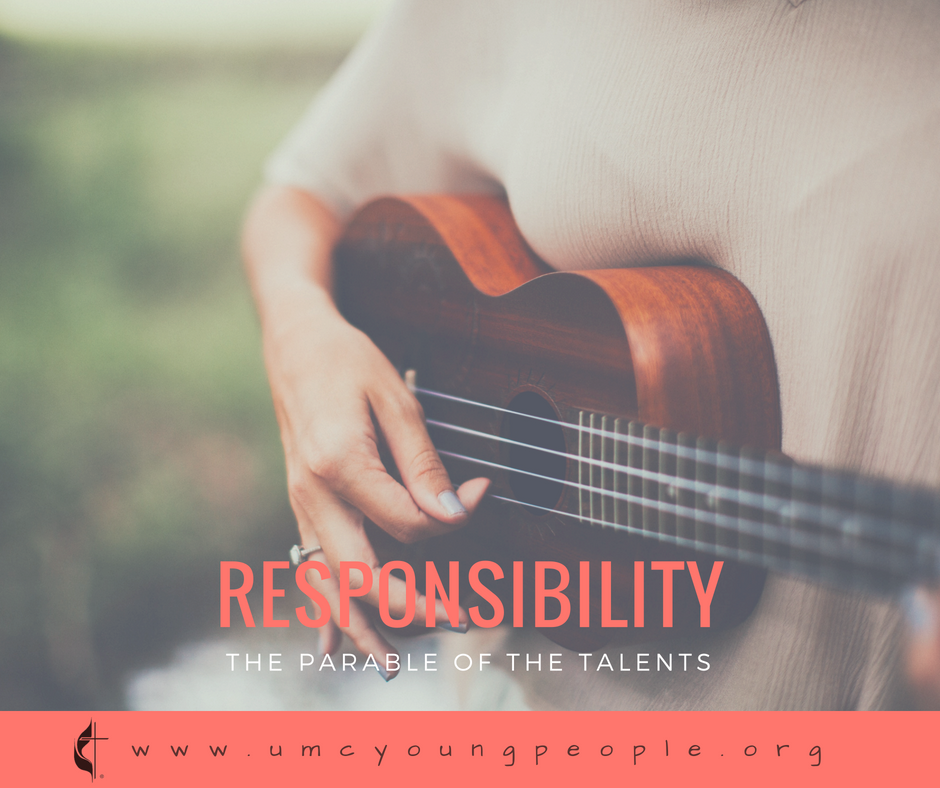